Lets talk about the term Moyen .

Here at Palmares/Sheroc it has always been my goal to breed Smaller standards ..And I have been successful in doing so .Can I say that I have Moyens? Sure.. But because I breed in America , I call them Small Standards . Because that is what they are ..

The term Moyen is defined as such :

"The Moyen Poodle is basically a small standard poodle. ... Its size falls in-between the Miniature and Standard Poodles, but it is not obtained by crossing the two sizes, it is an actual fourth Poodle size in Europe and is not a new size. Klein means small or mini in German."As defined by the FCI standard in Europe which is where this size is and was Until FCI Revisited their standard and it now falls under Medium.

(SIZE AND WEIGHT
:
The sexual dimorphism must be clearly
visible in all varieties.
Standard Poodles: Over 45 cm up to 60 cm with a tolerance of +2
cm. The Standard Poodle must be the enlarged and developed replica
of the Medium Poodle of which it retains the same characteristics.
Medium Poodles: Over 35 cm up to 45 cm.
Miniature Poodles: Over 28 cm up to 35 cm. The Miniature Poodle
must display the appearance of a reduced Medium Poodle, retaining
as much as possible the same proportions and without presenting any
sign of dwarfism.
Toy Poodles: Over 24 cm (with a tolerance of -1cm)
up to 28 cm
(sought after ideal: 25 cm). The Toy Poodle maintains, in its
ensemble, the aspect of a Miniature Poodle and the
same general
proportions complying with all the points of the standard.)

Note that it also states this size is not a result of mixing the two sized . For example  breeding a Miniature to a Standard .

Mixing the two sizes will result in an Inter-variety cross. Not a moyen ..

In America We recognize three sizes.

And a reputable American breeder follow the AKC standard . In practice and in terminology .

point of
the shoulders to the ground.)

There seems to be a lot of confusion today as to this "new" size in America.. It is a marketing term plain and simple..

I personally have imported Klein lines and may in the future use this term .. But for now America recognizes three sizes Standard Miniature and TOY 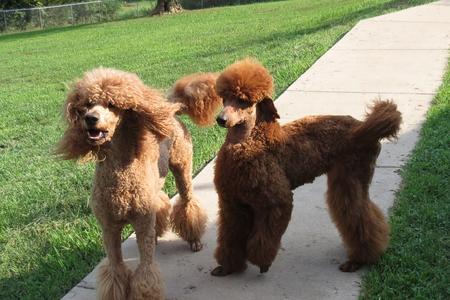 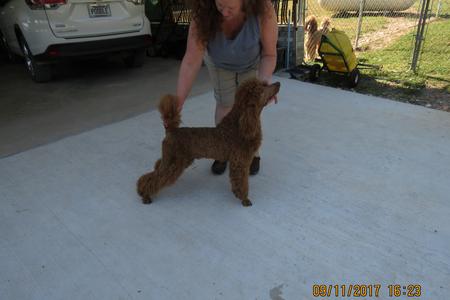 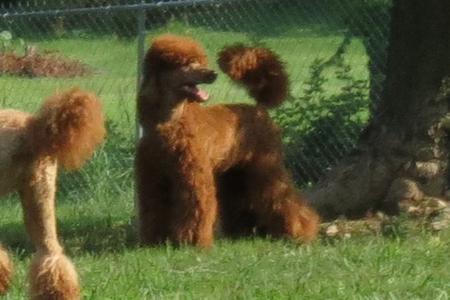 This is rumor. She is 17.5 inches at the shoulder and 30 lbs she is a product of standard to standard breeding 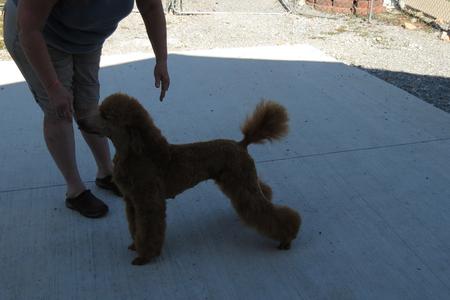 This is Devin , again a Standard to Standard Breeding . 19.5 inches ant the shoulder and 38 lbs ..

Pending health testing My imported KLEIN male Ruffus will be their husband.. 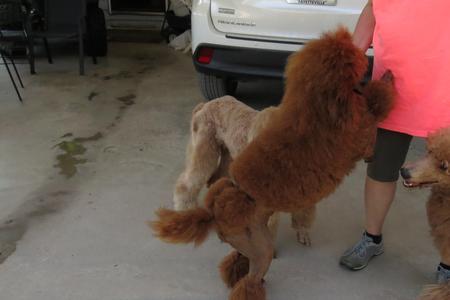 This is Pearl a Standard to Standard Breeding she is 18 inches and 35 lbs of pure muscle ... 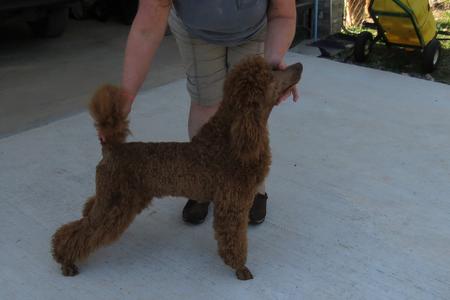 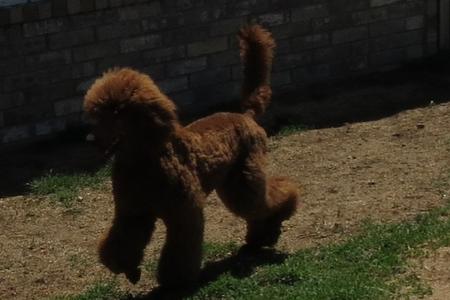 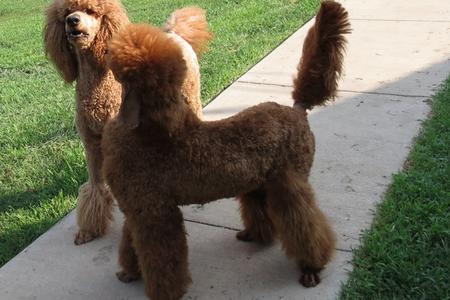 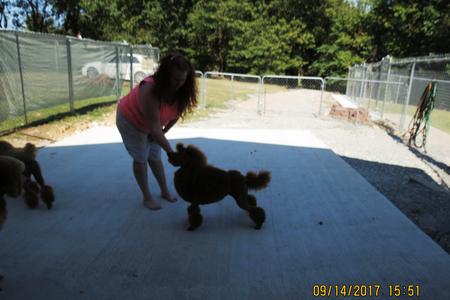 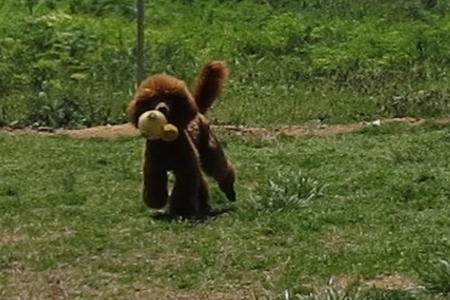 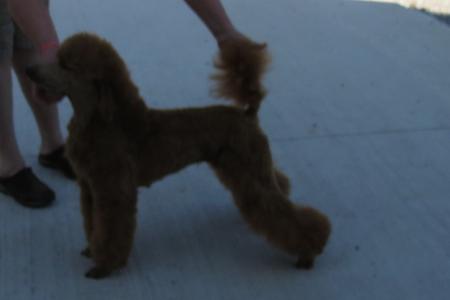 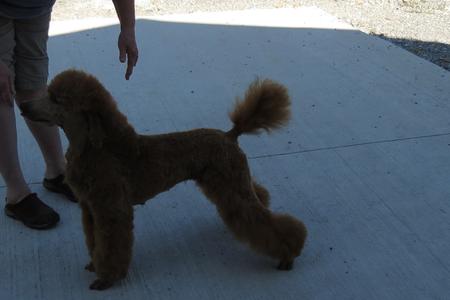 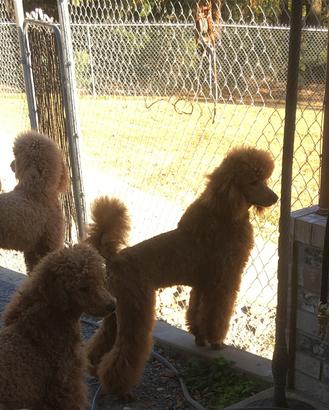 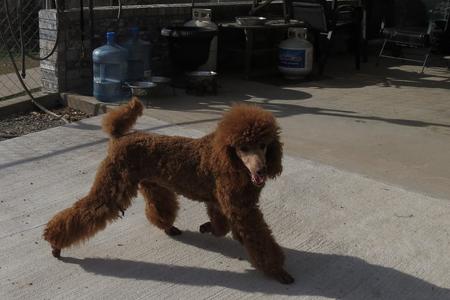